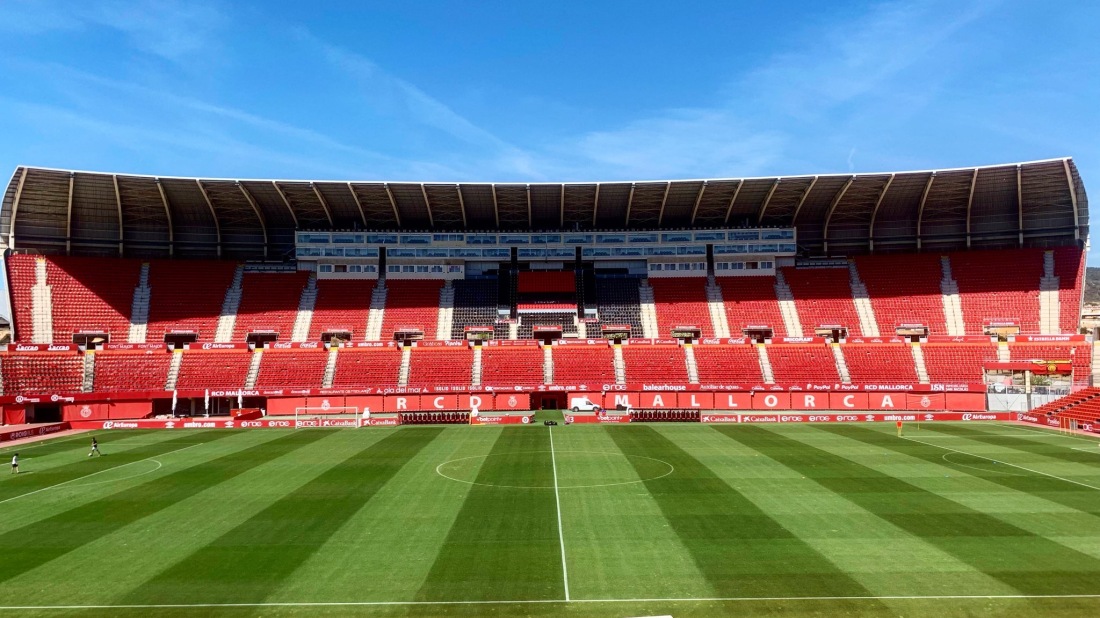 Real Mallorca have four Cup Finals coming up starting tonight at home to Levante at 19.30. Then it’s onto Sevilla away on Sunday at 22.00. A week today it’s Granada at home with kick-off not yet announced and finally it’s Osasuna away on Sunday the 19th. You could say that Levante, Granada and Osasuna are mid table and have nothing to play for so they’re winnable. Sevilla away will be difficult as they are pushing for Champions League. But also the temperature there will be very hot even though the kick-off is at 22.00, daytime will be touching 40 degrees centigrade.
Last Fridays 3-0 loss to Athletico Madrid mean they are deep in the mire and are six points from safety. Celta look to have saved themselves now so it looks like it’s 2 from 4, Mallorca, Leganés, Eibar and Alaves.
Mallorca continue with their very impressive advances in Social Media with the news that having become the first club worldwide to give the naming rights to its stadium to contribute to the recovery of the COVID-19 crisis, the Visit Mallorca Estadi initiative has reached over 740 million people across 916 publications according to data collected by Kantar Media.
The transition of the stadium from Son Moix to Visit Mallorca Estadi earlier in June has been in partnership with public insitutions including the Consell de Mallorca and the Ajuntament de Palma, in addition to several private businesses ranging between Air Europa, Borbalán, Federación Empresarial Hotelera de Mallorca, La Liga, OK Group, Molcaworld, Palau de Congressos de Palma and Roc Hotels. This united front will work together for the next 12 months to promote the region alongside the visibility the common brand of the stadium offers.
The kick-off time has been announced for Atlético Baleares v FC Cartagena on Sunday 19th of July at 22.00 at the home of Malaga FC, La Rosaleda. They have already played a couple of warm up games beating Real Mallorca B 1-0 and Felanitx 3-0.
Take care everyone, I’m back at the Weekend.
Richie presents the Radio One Mallorca Breakfast show Monday to Friday07.30-11.00am on 93.8fm in Mallorca and 102fm in Calvià, online atwww.radioonemallorca.com on mobile through their free App for IPhone & Android, The Tunein Radio App, iTunes, the Spanish TDT TV service and all smart speakers. If you can’t hear him on the radio then you’ll find him working at Pirates Adventure the islands number one night out and every now and again he may make an understudy appearance!
Follow him on Twitter @DadTaxi1 & Instagram @dad.taxi or feel free to email him at rprior@globobalear.com