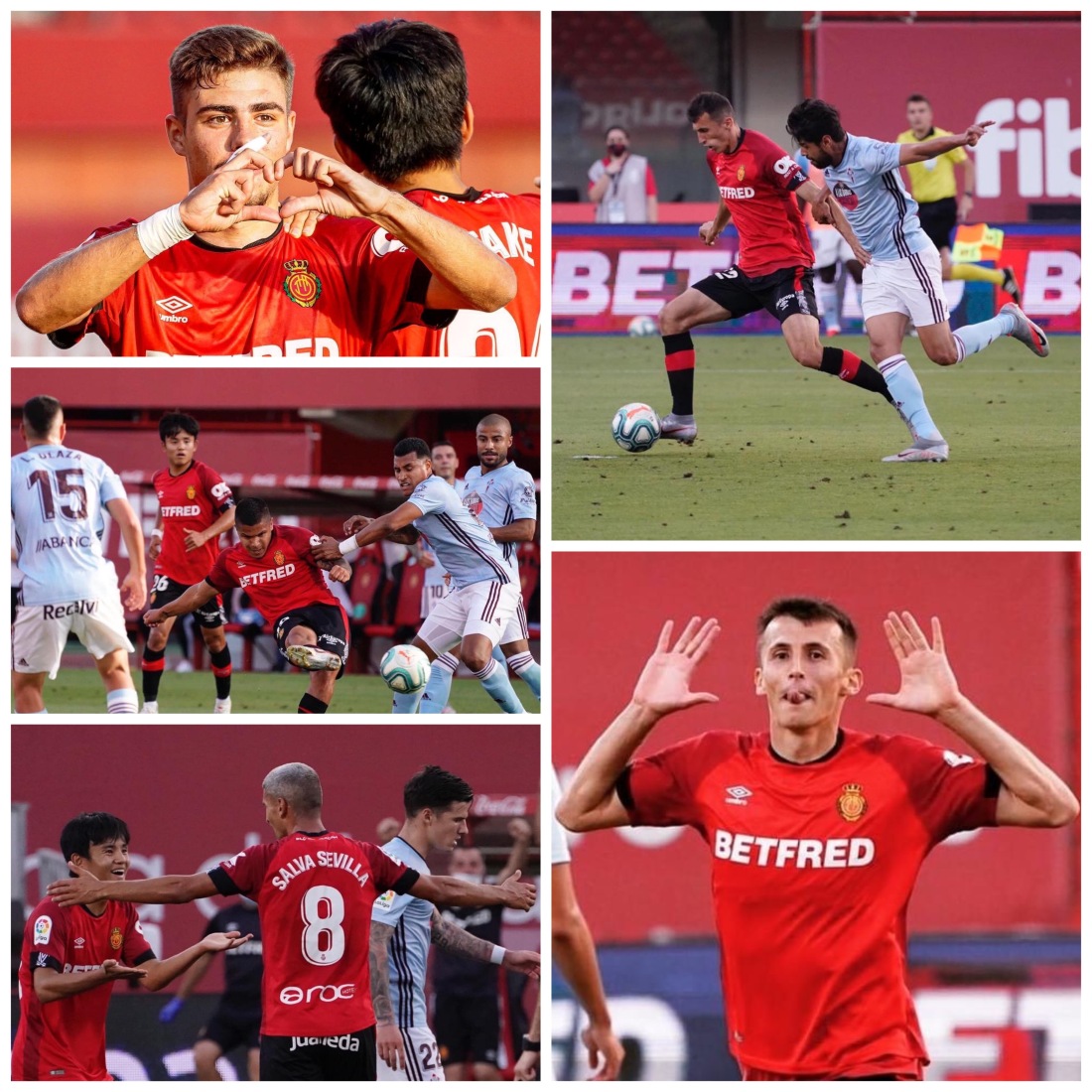 Atlético Baleares have a great chance of promotion to La Liga 2. They’ve been in the second division for just four seasons of their history which started in 1920 when they were known as Mecánico FC. The last time they were in La Liga 2 was in the 1962/63 season so it’s been a long wait. They’ve been close on a couple of occasions, back in 2012 when they lost a two legged play-off 3-1 to Mirandes in front of 8,500 spectators in the old Estadio Balear. I remember taking my eldest Jake to the game and really enjoying the atmosphere. Also last season where they went out on away goals against Racing Santander after drawing 0-0 away, a 1-1 draw at home meant they were out.
They finished top at the end of the lockdown, playing 28 games, winning 18, drawing 4 and losing 6. Some might say they were lucky to finish champions but they led the table 18 out of the 28 games so were probably worthy winners. Their opponents in the play-offs are FC Cartagena who finished top playing 28 games, winning 15, drawing 9 and losing 4. They conceded just 19 goals in those 28 games so it sounds like their defence is pretty solid. The game will be played on Sunday the 19th of July at the Estadio de Rosaleda the home of Malaga FC. This is a one legged affair so it’s an unbelievable opportunity to get promotion. If they fail they’ll join the loser in the other game and the six teams that win their play-off games. Then eight teams will scrap for the final place. That includes UD Ibiza who are playing Cornelia and Pena Deportiva who play Marbella. Those games are both on July 18th. It’s very confusing like always but the idea is to win your game!
Real Mallorca are falling victim to some very dodgy refereeing decisions since the lockdown. Firstly there was the clear foul on Dani Rodriguez before Real Madrid’s first goal last week and then on Saturday a very dodgy penalty decision gave Athletico Bilbao a great start in a game which they went on to win 3-1. I said last week it’s not like they’re playing badly and so it proved when they beat Celta 5-1 this week. It was a win they’ve thoroughly deserved and they didn’t look like a team in relegation trouble. With 5 games to go they still need a miracle but they’re now 5 points behind Celta and 6 points behind Eibar and Alaves. You never know!
Antonio Raillo has renewed his contract with the club this week until 2024 which is a piece of good news. This comes on the back of Dani Rodriguez last week and the club seem to be tying down the contracts of their most important players in readiness for a possible return to La Liga 2. Goalkeeper Fabricio on loan from Fulham and South Korean free agent Ki Sung Yueng have left the club after their contracts finished at the end of June. There was talk this week of what would happen to the Coach Vicente Moreno at the end of the season. In the trigger happy world of Spanish football I would stick with him and his back room team even if they do get relegated. They’ve proved that they can get the team promoted once so should be given the opportunity to do it again. It was never going to be easy with the lowest budget in La Liga but I think Mallorca have done as well as they could. It’s not over yet though so let’s hope that’s something we don’t have to talk about.
Mallorca continue to break new ground on social media as they finished in third position for the most YouTube views in La Liga throughout the month of June with a record 2.4 million views.
Blinkfire Analytics’ latest data revealed they had increased their viewership by one million in comparison to May. The 84% escalation saw them leapfrog Real Betis into the third-most watched channel in the division behind just Real Madrid and FC Barcelona respectively. In fact if you add the numbers of 4th to 8th which includes Real Betis, Sevilla, Real Sociedad, Athletico Madrid and Valencia. They don’t add up to Mallorca’s total number of viewers.
Engagement totalled across Twitter, Facebook, Instagram and YouTube platforms also ranked them in fourth position throughout the entirety of La Liga with an average of 3,500 interactions per post – leaving them behind just FC Barcelona, Real Madrid and Atletico Madrid.
The newest figures further underlines the incredible fanbase the club boasts in addition to the exposure it can offer its sponsors.
Take care everyone, I’m back at the Weekend.
Richie presents the Radio One Mallorca Breakfast show Monday to Friday07.30-11.00am on 93.8fm in Mallorca and 102fm in Calvià, online atwww.radioonemallorca.com on mobile through their free App for IPhone & Android, The Tunein Radio App, iTunes, the Spanish TDT TV service and all smart speakers. If you can’t hear him on the radio then you’ll find him working at Pirates Adventure the islands number one night out and every now and again he may make an understudy appearance!
Follow him on Twitter @DadTaxi1 & Instagram @dad.taxi or feel free to email him at rprior@globobalear.com