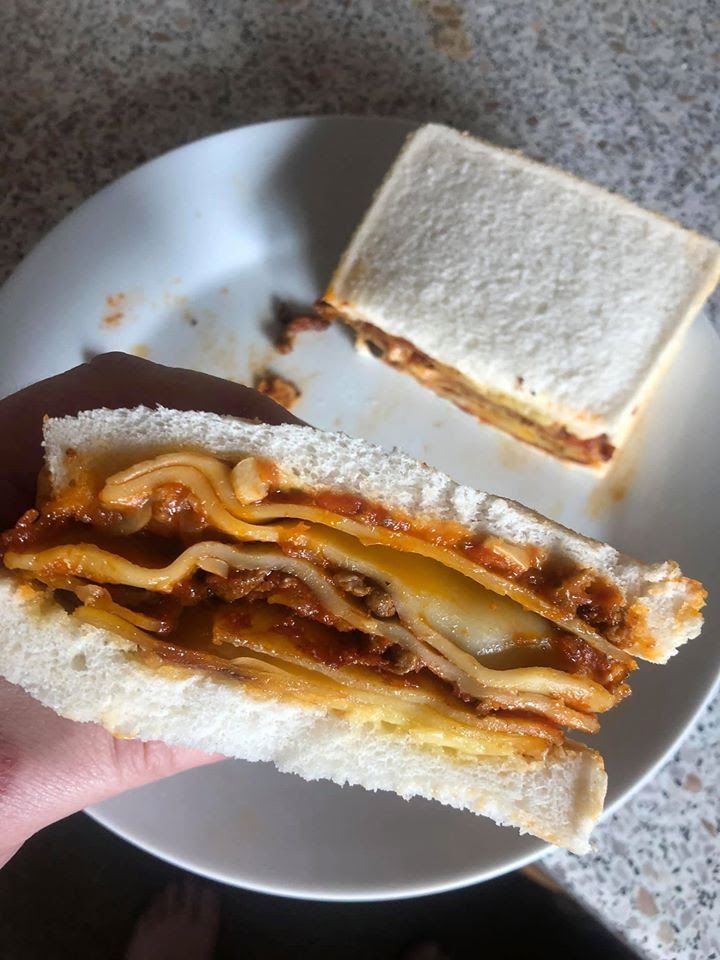 Lockdown day 21, yes 3 weeks since all this started. Days of the week are lost to me now, it’s just today, tomorrow and yesterday from now on. We even celebrated the loss of the hour when the clocks went forward last week.
It’s been a fun week on radio this week, where we’re trying our best to keep up your spirits. We discussed a lasagne sandwich that was posted online and we asked people to let us know their whacky sandwich fillings. We were inundated with answers so here’s the top 10 in no particular order.
Something else that came out of this was something neither me or Ayesha had heard of before, a pie sandwich. Yes this actually exists. Every pie you could think of was mentioned and was given a couple of names. A pie barm or a Wigan kebab. You learn something new every day, well actually in this lockdown more than one a day.
The UK’s most popular coronavirus quarantine songs have been revealed with Gerry and the Pacemakers at number 1.
The Official Charts Company has collated the list by pinpointing the tracks that have had the biggest percentage increase in listens and purchases since the UK went into lockdown as the Covid-19 pandemic continues.
To specifically link the music to coronavirus, the songs chosen have to be over five years old and anomalies such as the spike in streams of Kenny Rogers (the country legend died last week) have been excluded.
Topping the list is Gerry and the Pacemakers track and Liverpool FC anthem ‘You’ll Never Walk Alone’, which has become the unofficial anthem of solidarity through the current pandemic. The song has seen a 150% increase in streams, and was also played in tandem across a host of radio stations last week. It was an idea of a Dutch DJ called Sander Hoogendoorn from a radio station called 3FM. He asked all stations across the World to play the song at 08.45(CET), BBC radio 1 and 2 got involved as did over 180 stations in 31 different countries including us here in Mallorca.
Coming in second is the all-too-appropriate ‘Locked Up’ by Akon, while The Police‘s ‘Don’t Stand So Close To Me’ is the third most popular.
The summer of 1996, Britain was riding high on a wave of Cool Britannia, political change was in the air and a Girl Power revolution was about to hit.
All of that though paled into comparison as Euro 96 came to England, bringing hope and despair in equal measure. From Stuart Pearce’s penalty shoot-out redemption to the despair of Gazza’s outstretched leg in an inevitable semi-final penalty defeat to Germany.
Now, all those memories are about to come flooding back after ITV hub revealed it had unearthed all 31 matches from the tournament in its archive and will re-air them in May.
Paul Mortimer, Head of Digital Channels & Acquisitions, ITV said: “Nothing brings the country together like Euro fever, and with this year’s tournament postponed to 2021, we’re giving our audience a chance to relive one of the all-time great sporting events, Euro ’96. Thanks to the ITV Hub and ITV4, there’ll be no shortage of vintage football classics for fans to indulge in over the next few months.” Maybe this time Paul Gascoigne doesn’t agonisingly miss that chance in extra time against Germany and we go on and win it!
I’ll leave you on a lighter note, Good to hear Paul Chuckle from tv’s The Chuckle Brothers is recovering from being laid up with the Coronavirus. He’s been in self isolation so he didn’t give it to me to you!
I’m here in lockdown all week/month/year
Take care everyone and enjoy your weekend!
Richie presents the Radio One Mallorca Breakfast show Monday to Friday07.30-11.00am on 93.8fm in
Mallorca and 102fm in Calvià, online at www.radioonemallorca.com on mobile
through their free App for IPhone & Android, The Tunein Radio App, iTunes, the Spanish TDT TV service and all smart speakers. If you can’t hear him on the radio then you’ll find him working at Pirates Adventure the islands number one night out and every now and again he may make an understudy appearance!         Follow him on Twitter @DadTaxi1 & Instagram @dad.taxi or feel free to email him at rprior@globobalear.com