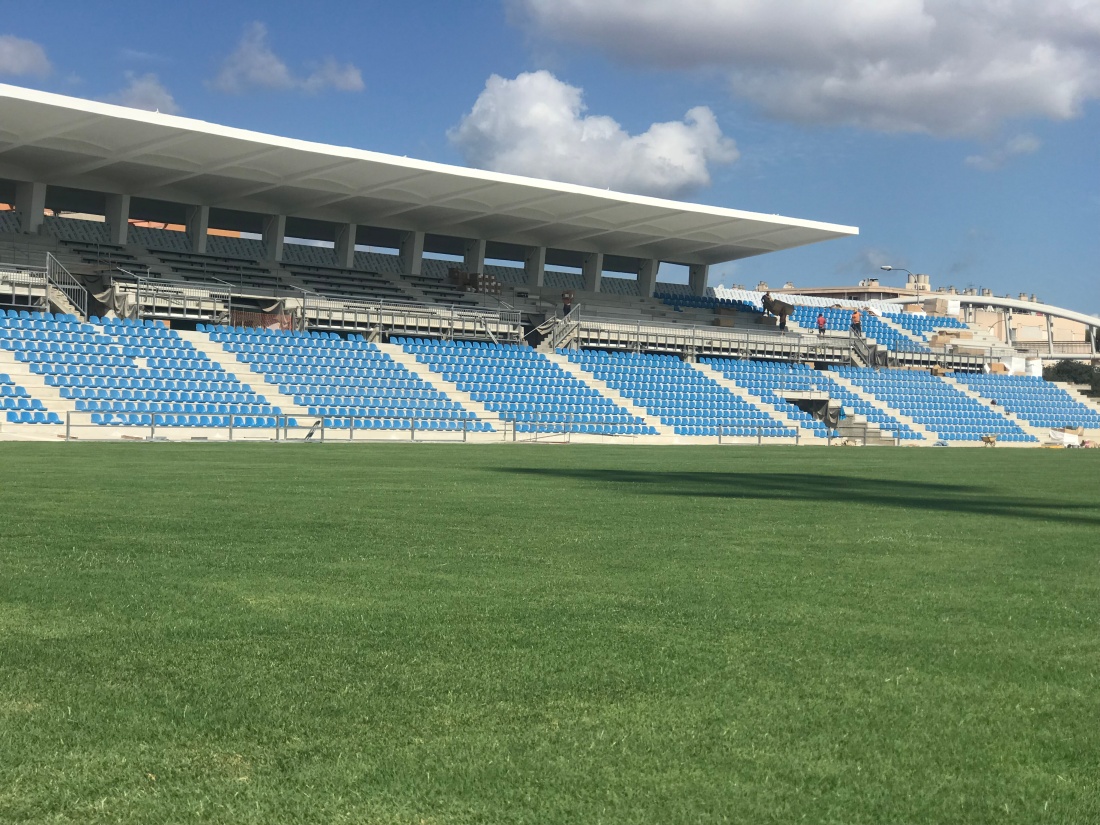 It certainly was a Super Saturday last week. My sons team won 4-0, Arsenal won 2-1 to go top of the League, albeit for a couple of hours and it couldn’t have gone any better for Real Mallorca on their return to La Liga winning 2-1.

I said last week that the squad although lacking in experience had a togetherness built up through the campaign last season and that definitely showed last weekend. Even the 2 players that came in, in the summer Agbenyenu and Febas didn’t look out of place. Outstanding contributions for me from Dani Rodriguez, who scored within 4 minutes and Baba who continued his play-off form from last season. They showed that they can mix it in the bigger league. They’ll be tougher tests to come I’m sure but it was a result to be celebrated amongst the 15,127 who were very happy at the end. Another home game this weekend against Real Sociedad who had a good draw away in Valencia last week. A win would be great but a draw and 4 points from 2 games would still be a great start. Added to the squad this week are on paper and what I’ve seen online two very exciting signings. Firstly Takefusa Kubo signed on a season long loan from Real Madrid. An exciting young talent nicknamed “the Japanese Messi” whose impressed in pre-season and whilst training with the Real Madrid first team. Also French midfield player Yannis Salibur signed a three year deal from French Club En Avant de Guingamp. He nearly signed for Hull in 2017 and spent last season on loan at St Etienne.

This weekend sees the start of a new season for our other professional football club on the island, Atletico Baleares. After the huge disappointment of missing out on the play-offs not once but twice last year, its a year of rebuilding both on and off the pitch. Probably most importantly like Mallorca they kept their Manager Manix Mandiola, since taking over in February 2018 they’ve only lost 10 of his 58 games in charge. The squad has been overhauled and it’s a shame that the player I interviewed earlier in the year Sam Shashoua went back to Tottenham. I learned yesterday that he has now left Spurs and signed for Tenerife who play in La Liga 123. Back to Baleares and this week they’ve brought in a Scottish U21 International called Jordan Holsgrove from Reading for a weeks training with a view to a move. The other big change is their move from Son Malferit back to their old ground the Estadi Balear. They’ve invested heavily in the pitch and the main stand and it’s already paying off as like Mallorca they’ve sold out their quota of season tickets, 2,300. They have seats for 2,751 at the end of the first phase of their reform, the difference they will sell to away fans and home fans on the day. Their final objective is to reach 6,500. They begin their campaign away against UP Langreo in Asturias who finished 9th in their Segunda B group last season. Although I’m a Real Mallorca fan I understand how important it is to have both our island sides doing well. For the local economy on the one hand and as I have 2 sons who play football the opportunities to play at a higher level are improved too. I will definitely take in a couple of games with the boys when I can.

My Son Jakes team continued their unbeaten start in pre-season with a 4-0 win last weekend. He scored the first with his right foot which is a rarity, even the coach couldn’t believe it. Bit of an early start for Dad Taxi this Sunday a 09.30 kick-off means we need to be in Palma by 08.30. My youngest Jude starts his pre-season next week at the same club as Jake, San Francisco. I want to say a big thank you to all the gang at the Shambhala Gym in Santa Ponsa. As you know I’ve been training there but the boys have been boxing training there too in readiness for the football season and with their help the boys fitness has greatly improved.

The official title for Bond 25 has been revealed, the upcoming movie, which will be Daniel Craig’s last outing as the iconic British spy, will be called No Time To Die. A tweet shared on the official 007 Twitter account confirmed both the new title and release date. The film will arrive in cinemas on April 3rd 2020 in the UK and April 8th in the US.

Dua Lipa, the chart-topping musician responsible for hits like New Rules and IDGAF, is currently the favourite with bookmakers to sing the theme tune.

A source said: “Dua Lipa is one of the hottest stars at the moment and we think she would be nigh on perfect for the role of performing the theme for Bond 25.”

The best joke at the Edinburgh Fringe has been named as a vegetable pun which beat the comic competition. This festival dates back to 1947, it’s always in the month of August and it finishes this bank holiday weekend.

Festival veteran Olaf Falafel from Sweden claimed the coveted honour of the Funniest Joke At The Fringe.

It was deemed the best gag by 2000 voting members of the public, after being shortlisted by an expert panel.

“I keep randomly shouting out ‘Broccoli’ and ‘Cauliflower’ – I think I might have Florets.”

“Someone stole my antidepressants. Whoever they are, I hope they’re happy.”

“What’s driving Brexit? From here it looks like it’s probably the Duke of Edinburgh.”

“A thesaurus is great. There’s no other word for it.”

“Sleep is my favourite thing in the world. It’s the reason I get up in the morning.”

“I accidentally booked myself onto an escapology course; I’m really struggling to get out of it.”

“After learning six hours of basic semaphore, I was flagging.”

“To be or not to be a horse rider, that is equestrian.”

“I’ve got an Eton-themed Advent calendar, where all the doors are opened for me by my dad’s contacts.”

Despite finishing a few weeks ago Love Island and its contestants are still in the news. We’ve had a few of them return to the island this season at Pirates and Gringos and it’s no surprise that the shows have been sellouts. Last week we had Curtis in at Gringos and he was great fun even showing off his ballroom dance skills. Next Wednesday in Reloaded, Molly Mae will be joining us. She finished second in the series so it’s sure to be a busy night. You can meet her and enjoy an amazing show by booking online at http://www.piratesreloaded.com or calling (0034) 971 130411

Richie presents the Radio One Mallorca Breakfast show Monday to Friday07.30-11.00am on 93.8fm in Mallorca and 102fm in Calvià, online at www.radioonemallorca.comon mobile through their free App for IPhone & Android, The Tunein Radio App, iTunes, the Spanish TDT TV service and all smart speakers. . If you can’t hear him on the radio then you’ll find him working at Pirates Adventure the islands number one night out and every now and again he may make an understudy appearance!

Feel free to email him at rprior@globobalear.com