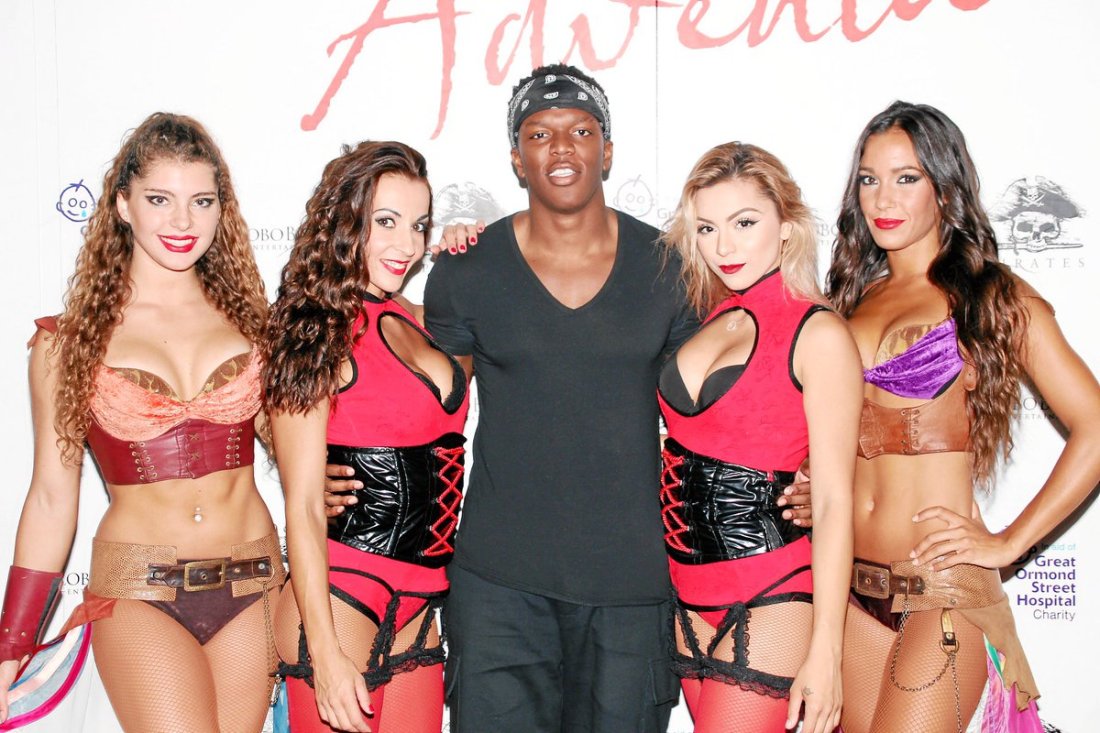 Not quite sure how this works so let me explain. I have lived in Mallorca since 1990, it’s what I know as home. I’m a proud Englishman but I’m registered as a resident here and I pay all my dues to the relevant authorities. Having lived here all this time, according to UK law I am ineligible to vote in an election there, fair enough you might say. However because I am just a resident here and not a Spanish passport holder I can’t vote in a Spanish general election either.

So because I’ve lived outside of my country of birth for more than 15 years and because I refuse to give up my passport I am basically persona non grata. Well that’s what it seems like to be honest.

Biggest sporting event of last weekend? Some might say the Liverpool v Manchester City game but a total curve ball was the KSI v Logan Paul boxing Match over in LA. Who? I hear you say. Talk to anybody under the age of 30 and they will tell you they’re probably two of the biggest You Tubers in the World. KSI currently has over 20 million subscribers to his channel. He came to Pirates a couple of years ago and my kids were beside themselves that I hadn’t told them. Logan Paul is his American equivalent. In August 2018 they fought in a white collar boxing event which as you’d expect was massive on You Tube. It ended in a draw but the hype and interest it created was huge. So much so that they managed to persuade the boxing promoter Eddie Hearn to take on their rematch which he did on the proviso that they got a boxing license, turned professional and trained properly. Both my sons follow these guys and as I’ve said before have also taken an interest in boxing, so this was something they were really looking forward to. Now being in LA it wasn’t supposed to start until the early hours of Sunday morning. In fact I actually woke up and watched it after totally dissing it all week with my Sons. There was quite a lot of “windmilling” going on but it was genuinely quite exciting. KSI eventually won a split judges decision. Eddie Hearn said it was the biggest pay per view boxing match of the year, even beating the Ruiz Jnr v Joshua heavyweight fight earlier in June. Watch this space to which celebrity is next.

It’s just 39 sleeps to Christmas and at this time of the year the roles are being handed out to budding Marys, Josephs and Gabriels across the land as schools organise their school nativity plays. New research shows the part we played or our children will play can say quite a lot about where we’ve ended up or where they will end up in life and starring isn’t always the best bet.

So as you can you should have been an Ox! Not quite sure who did this research, as as far as I can remember I was the Narrator and I don’t work in education and I’m not keen on horse riding or shopping.

Special mention this week to Moto Gp’s Jorge Lorenzo who’s just announced his retirement. Born here in Mallorca, he was World Moto GP Champion 3 times and brought a lot of joy to motorcycling fans around the World.

Real Mallorca recorded a great win last Sunday at a rainy Son Moix with a convincing 3-1 win over Villareal. Playing without veteran Salva Sevilla in midfield they seemed more mobile with all three of Baba,Febas and Rodriguez all outstanding. Japanese winger Kubo on loan from Real Madrid probably had his best game of the season culminating in a great third goal to seal the victory. No game this weekend because of the international break but they return on Friday 22nd away against Levante. Atlético Baleares drew 0-0 away at Athletico Madrid B halting their run of wins but still sees them maintaining a 5 point lead at the top of Segunda B Group 1. This weekend they are at home to Real Madrid Castilla, Madrid’s B team which is mainly their youngsters looking to break into the first team squad. The former Spanish and Real Madrid Legend Raul is their Manager. You can buy tickets for 15€ online and their website has an English option. Me and the boys are going along with Mallorca not having a game.

Dad Taxi off Saturday morning with Jude, Saturday afternoon with Jake and we’re all together Sunday to watch Baleares.

Richie presents the Radio One Mallorca Breakfast show Monday to Friday 07.30-11.00am on 93.8fm in Mallorca and 102fm in Calvià, online at www.radioonemallorca.com on mobile through their free App for IPhone & Android, The Tunein Radio App, iTunes, the Spanish TDT TV service and all smart speakers. . If you can’t hear him on the radio then you’ll find him working at Pirates Adventure the islands number one night out and every now and again he may make an understudy appearance!

Feel free to email him at rprior@globobalear.com